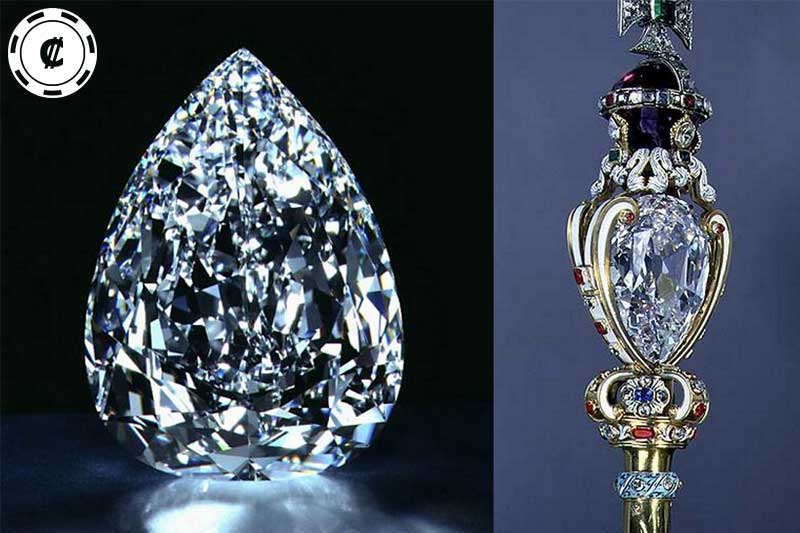 The brooch designed by Pierre Cartier at the House of Cartier in New York in 1910 for the American Industrialist J.P. Morgan is currently in this original setting.

The famous diamond is said to have been acquired from a young herdsman on the Zendfontein farm on the Orange River in South Africa. The herdsman sold the diamond in exchange for five hundred sheep, ten oxen and a horse. Louis Hond, the French diamond cutter cut the pear shape from the rough diamond and sold it to the Countess of Dudley. The countess had the stone ‘baptized’ and mounted it in a tiara which she wore frequently.

The diamond was then purchased by J. P. Morgan. The famous diamond remains in the current Cartier design. This historic diamond was sold by Christie’s in Geneva in 1971.

The “Star of South Africa” is part of Cartier’s archival heritage and will be on display at the Legion of Honor in San Francisco, December 19th – April 18th 2010. Hear my comments about various pieces in the Cartier collection on the museum’s audio tour!