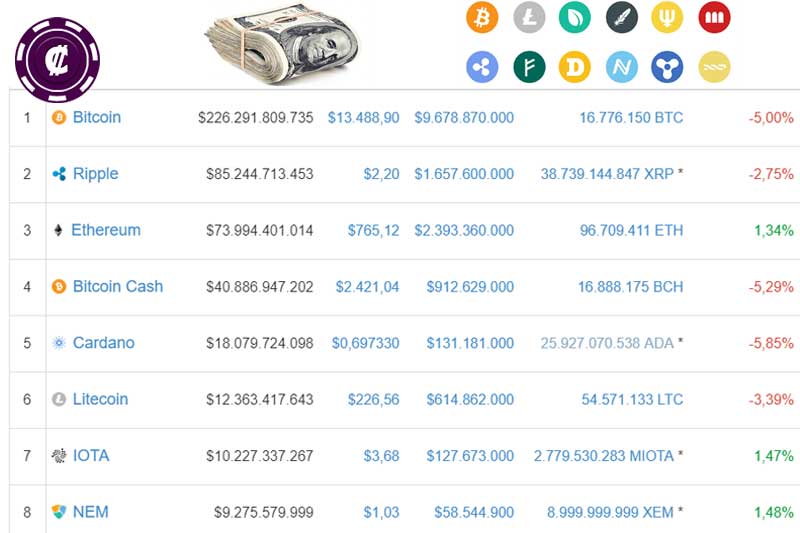 Ethereum is currently the world’s third-largest cryptocurrency in terms of market share, at over $69 billion. In the early hours of Friday morning, the two cryptocurrencies vied for the second place in a bout of intense trading. Today, however, the market seems to have stabilized with Ripple in second place.

Bitcoin remains firmly entrenched as the world’s most valuable cryptocurrency in terms of market cap and price-per-coin, but there are plenty of alternatives. Ripple is one of the more interesting of the bitcoin alternatives, due to the fact that it is not just a currency, but a payment network and distributed exchange. These qualities make it easier for users to trade Ripple for other currencies such as the dollar or bitcoin.

Ripple actually began as a blockchain-based payment network for banks and other organizations. The coin offers a four-second settlement time compared to the two minutes for Ethereum or over an hour for bitcoin settlements. Currently, more than 100 banks use Ripple’s payment network and more may join soon.

Ripple’s unique qualities mean it has attracted the attention of many wealthy investors including Google Ventures though the majority of the coins are owned by the startup’s founders.

The cryptocurrency market has been extremely volatile lately with bitcoin, in particular, rising and falling in value at a rapid rate. Ripple appears to be on the upswing, however. At the time of this writing, it is the only one of the top four cryptocurrencies to see an overall increase in value over the past 24 hours. Of course, this market has proven itself to be rather unpredictable so tomorrow could see a new shift in the market though we expect bitcoin will remain on top for the foreseeable future. digitaltrends. com